Researchers at the University of Notre Dame have a long history of leadership in fighting the battle of man vs. mosquito.  Recently, Notre Dame announced a $23 million dollar research grant from the Bill & Melinda Gates Foundation to show the effectiveness of spatial repellency as a new means to address this old problem. The five-year project is under the direction of Notre Dame biologists Nicole Achee and Neil Lobo, both research associate professors in the Department of Biological Sciences, and co-principal investigators on the grant.

Both Achee and Lobo are members of the University of Notre Dame’s Eck Institute for Global Health which is a university-wide enterprise that recognizes health as a fundamental human right and endeavors to promote research, training, and service to advance health standards for all people, especially people in low and middle-income countries, who are disproportionately impacted by preventable diseases. 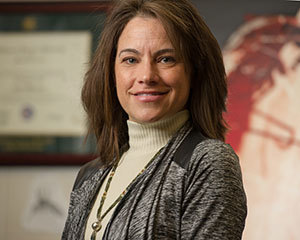 Nicole Achee is also part of a team at the London School of Tropical Medicine in Liverpool where scientists are developing new insecticides to address this age-old fight.  The team currently has nine new insecticides identified and ready for final development, with three scheduled to be marketed by 2022 or earlier.  Achee reported on these new developments at the World Health Organization (WHO) Vector Control Advisory Group on New Tools (VCAG) in February in Geneva, Switzerland, where she serves on the advisory board for new forms of vector control of malaria and other vector-borne diseases. The following week, Achee presented at the Innovative Vector Control Consortium (IVCC) Expert Advisory Committee as part of the International Federation of Red Cross and Red Crescent Societies in Geneva. 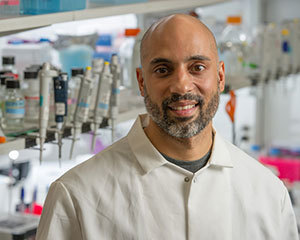 Lobo’s research in malaria transmission is widespread around the globe working in countries where mosquito-borne diseases are most prevalent. His unique research background and history of studying mosquito behavior, interventions, and their effects on human disease epidemiology lends for unique knowledge to address the area of research in repellency. “This grant gives us the opportunity to evaluate Spatial Repellent effects on dengue and malaria disease transmission that may fall outside the protective scope of commonly used interventions by modifying the mosquito behavior thereby reducing man-vector contact.” His ground-breaking work battling malaria in the Solomon Islands was featured last year in the Australian Geographic.

“We are proud of all of our leading researchers who contribute to improving the health of people all over the world.  Those who are fighting vector-borne diseases are living out the mission of our lady’s university,” said Greg Crawford, Dean of the College of Science at the University of Notre Dame.

At the turn of the last Century, the entire world population was at risk of malaria. Now, over 100 years later, considerable progress has been made. Sadly, however, malaria is still a deathly threat to the millions of people living in the developing world who die every year from this preventable disease.

The Eck Institute for Global Health has over 80 faculty members, many of whom who do research on vector-borne disease and the vectors themselves including the Director, entomologist David Severson. “My research is directed toward understanding the molecular factors that influence the vectorial capacity of mosquitoes to transmit pathogens to humans. Mosquito-borne diseases have emerged or re-emerged as significant human health problems due to a number of factors including lack of progress in vaccine development, emergence of drug resistance in pathogens and insecticide resistance in mosquitoes, and the decline in socioeconomic conditions in many disease endemic countries that limits disease monitoring and mosquito control efforts.”

The new research efforts of Notre Dame faculty on special repellency and the on going work in vector control address diseases being spread in our own back yard, too. Mosquito-borne diseases like West Nile virus and encephalitis continue to be a threat right here in the US.