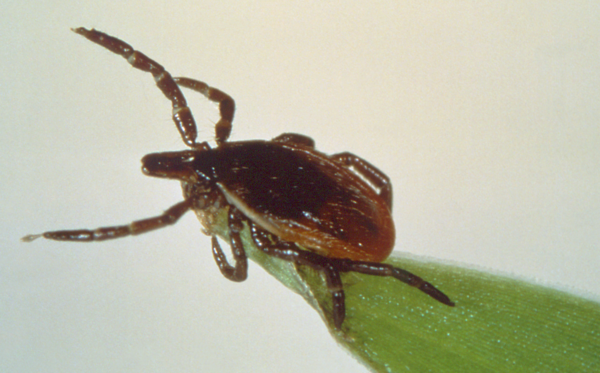 The University of Notre Dame’s Edwin Michael, Professor, Department of Biological Sciences and member of the Eck Institute for Global Health, is working with an international team of researchers to project how climate change will affect mosquitoes, flies and ticks, that carry diseases afflicting humans. Published in a special issue of Philosophical Transactions B, a peer-reviewed publication of The Royal Society in London that features key issues across the life sciences, this international consortium has brought together their cutting-edge work in this field, addressing both the exciting new research methodologies and frameworks being developed for investigating this inherently global multi-disciplinary topic, and the many challenges lying ahead. The collective research delivers the bad news that insect-borne diseases are emerging and, in some regions, having a resurgence. Included in this deadly list are malaria, dengue, West Nile disease, onchocerciasis, and the newly emerging chikungunya.  The research highlights and points to the critical need to take into account the interactive, contributory roles that climate, epidemiological, environmental, and socioeconomic factors play in disease transmission when forecasting the future impact of these diseases around the globe.

According to Michael, "These findings prove that this is no longer an issue just for the developing world. There is no easy fix and the complex problem is getting worse. Different vectors respond differently to changing weather and climate patterns. Human societies also demonstrate variable vulnerability to this change. We, however, now have numerous resources including the mathematical models we have developed as tools to predict, assess risk, and map how different vectors and disease patterns are likely to alter due to changing climates."

Including those mentioned and many more, insect-borne diseases infect a billion people every year and over a million die each year with many more disabled. The spread into regions including Europe and the United States will cause and force significant public health interventions to address this emerging global problem.

“The results of this research will have real and profound impacts on the mitigation of the spread of mosquito-borne diseases that is currently being exacerbated by climate change,” said Robert J. Bernhard, Vice President for Research at the University of Notre Dame. Bernhard continued, “I applaud Edwin Michael and his international colleagues for taking on this challenge and look forward to the positive, real-world outcomes of their research.”

Mosquitoes are known to be very sensitive to temperature changes and rainfall. Researchers agree that climate changes will affect many, if not all, of these diseases. According to Michael’s collaborator Paul Parham, University of Liverpool, the next step includes determining, “the extent to which climate impacts will be important compared to many other factors that contribute to the risk of becoming infected in certain regions.”

Additional findings in the research include: “many areas of Europe, including the UK, could become highly suitable for mosquitoes that transmit dengue and chikungunya over the coming decades; the potential for climatic changes to affect the effectiveness, cost-effectiveness, and policy decisions of whether to scale-up future vector control programs against malaria; evidence that vectors may evolve in under a decade to changes in temperature; the need for better data on the links between vectors, diseases they carry and the environment; and the conclusion that one of the most effective ways of protecting human health against climate change in the long-term is to further strengthen current disease control efforts.”

Michael states, “we now have a great deal of knowledge and tools for determining how to best protect ourselves from insect-borne diseases. It is up to policy makers to recognize the significant role that climate change can have in affecting current global efforts to reduce the burden of these diseases and to prevent their emergence in new risk areas. We need to implement the required adaptation and climate-resilient measures in the most cost-effective way. Research support is vital, and with the potential of joint projects between The Eck Institute for Global Health, the Notre Dame Environmental Change Initiative and its Global Adaptation Index (ND-GAIN), and other Centers within the university, I expect the University of Notre Dame to play an increasingly important global role in this vital field.”

The Eck Institute for Global Health recognizes health as a fundamental human right and endeavours to promote research, training, and service to advance health standards for all people, especially people in low-and middle-income countries, who are disproportionately impacted by preventable diseases.