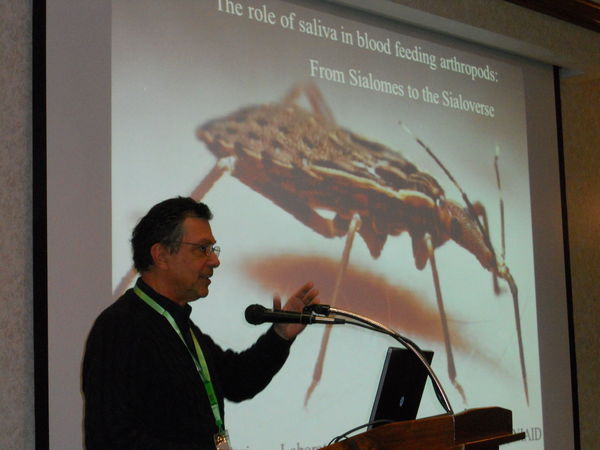 Jose Ribeiro, Chief of the Vector Biology Section of the Laboratory of Malaria and Vector Research at the National Institute for Allergy and Infectious Diseases (NIAID), was on campus as the keynote speaker for the 2013 Annual Research Retreat for the Eck Institute for Global Health (EIGH) on Friday, January 11, 2013. Ribeiro delivered the lecture, “Role of saliva in blood-feeding arthropods: From sialomes to the sialoverse,” held at the University of Notre Dame’s Conference Center. Over 100 faculty members, students, and fellows of the EIGH attended the all day event featuring presentations from across campus on cutting edge research in the field of global health.

Ribeiro, who has collaborated over the years with many EIGH faculty members, presented his research. The lecture was humorously delivered and well received. Ribeiro’s lifelong research exploring the biochemistry and pharmacological diversity found in the salivary glands of blood feeding insects and ticks made for wonderful after lunch subject matter. 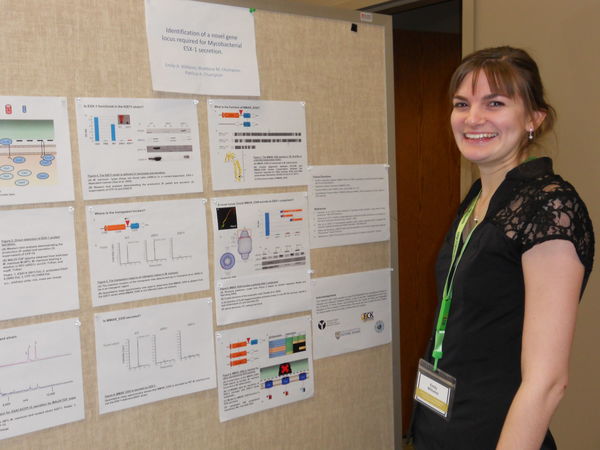 A poster session and reception followed the faculty lectures giving EIGH graduate students and post-doctoral fellows the opportunity to showcase their work.

According to senior EIGH member, Nora Besansky, this was a, “truly outstanding and inspiring retreat.” Thanks to all who were able to attend.