The University of Notre Dame has a deep and rich tradition of research and training programs focused on reducing the burden of tropical infectious diseases around the globe. In honor of that tradition, the Eck Institute for Global Health established the Paul P. Weinstein Memorial Lecture to recognize the excellence that Weinstein brought to a life dedicated to advancing research on infectious diseases and training multiple generations of scientists.  The 2012 Memorial Lecture was presented on Wednesday afternoon by Dr. James W. Kazura, Professor of International Medicine and Pathology and Director of the Center for Global Health and Diseases at Case Western Reserve University School of Medicine. 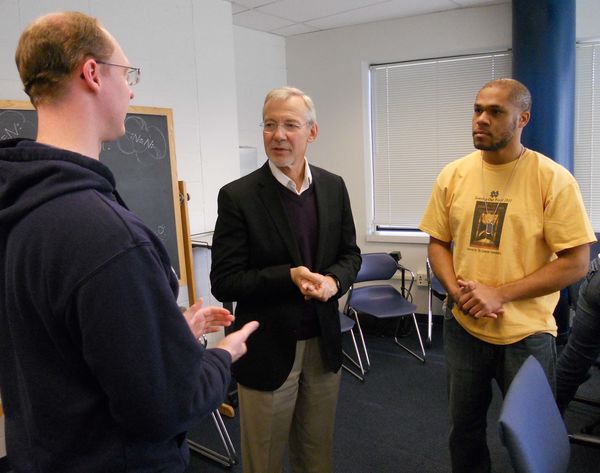 In 1946, as a captain in the U.S. Public Health Service, Weinstein played a significant role in the establishment of the Communicable Diseases Center, which eventually became the Centers for Disease Control and Prevention. He spent the next 20 years at the National Institutes of Health, where he retired in 1968 as the Director of the Laboratory of Parasitic Diseases. Weinstein, a leading authority on parasitology, vector biology, and public health, then joined the Department of Biological Sciences at the University of Notre Dame as a Professor and Department Chair. For more than 21 years, he was an exceptional researcher, teacher, and mentor. Reflecting his passion for research, he continued working and publishing after his retirement from teaching in 1990 until his death in 2008.

The career of Dr. James Kazura most fittingly reflects and embodies the ideals and achievements of Weinstein. Both men served as President of the prestigious American Society for Tropical Medicine and Hygiene and, similarly, devoted much of their research to a better understanding of the parasites that cause lymphatic filariasis (LF), also known as elephantiasis.  Kazura has been involved for more than 30 years in research concerned with the pathogenesis and control of parasitic diseases that are significant causes of morbidity and mortality in endemic areas of the Asia/Pacific region and Africa. His research has been focused on epidemiologic and immunologic aspects of vector borne infectious disease of global health significance, particularly snail-transmitted schistosomiasis and mosquito-borne LF and malaria in Kenya, Papua New Guinea, Liberia, and Egypt.  He has been Editor of the American Journal of Tropical Medicine and Hygiene since 1998. 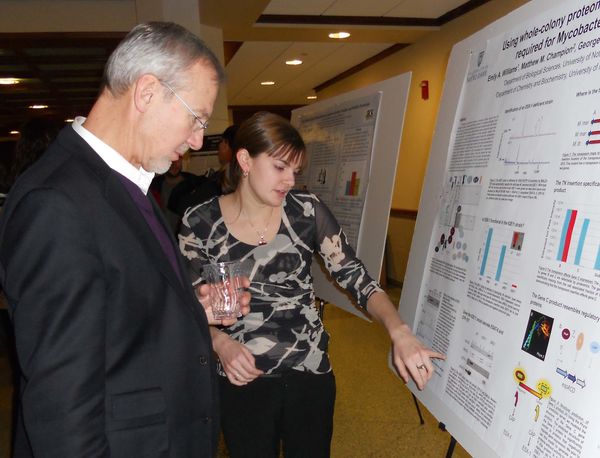 Kazura delivered a power packed lecture - Mosquitoes, Pathogens, and Human Populations: Global Health Research from the Laboratory to the Real World - to a full auditorium in Jordan Hall of Science, which focused mostly on aspects of his research on LF in Papa New Guinea starting in 1985. The ultimate goal of the research is to develop preventive and interventional strategies that are culturally appropriate and cost effective. “However, we still have a lot to learn,” says Kazura. “While some basic questions still need to be answered about mass drug administration, we are taking disease elimination strategies to the next level by applying mathematical modeling.” Over the decades, Kazura has worked with Eck Institute for Global Health member Professor Edwin Michael, PhD, whose research reflects these advances as well. Their most recent paper, “Mathematical Modeling and the Control of Lymphatic Filariasis,” questions decades of research and program implementation procedures set forth by the World Health Organization for LF elimination. The paper addresses the “development and application of a deterministic mathematical model of filariasis transmission, to show how models of parasite transmission will help resolve the key currently debated questions regarding the ultimate effectiveness of the global strategy to control filariasis.”  The model proves that elimination strategies need to include both mass drug administration and vector control, especially in high areas of endemicity.