Alex Perkins, PhD, Eck Family Assistant Professor in the Department of Biological Sciences, and a member of the Eck Institute for Global Health, along with Guido Espana who holds a postdoctoral position in the Perkins laboratory, were recently published in the journal PLoS Medicine. The results of their study are important contributions to the evidence base that led the World Health Organization (WHO) to form their policy position on the only currently available dengue vaccine. 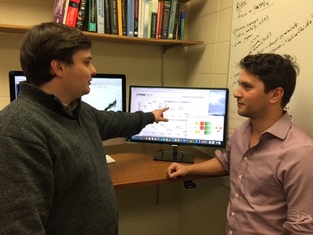 According to the lead author, Stefan Flasche from the London School of Hygiene & Tropical Medicine, UK, the first available dengue vaccine, CYD-TDV (Dengvaxia), is estimated to reduce the burden of dengue and be potentially cost effective in settings where infections with dengue are common. Perkins notes, “this is an important discovery that suggests to the WHO that a one-size-fits-all policy recommendation for use of the Dengvaxia vaccine is not advisable.”

The international team reported on predictions from eight independent dynamic modeling groups including long-term safety, public health impact, and cost-effectiveness of routine vaccination with Dengvaxia in a range of transmission settings.

Supporting the research component at Notre Dame was the University’s Center for Research Computing where computational resources, such as compute cores to run models, data storage, and the High Performance Computing user support team, are available for Notre Dame faculty, staff and students to utilize to advance their research.

Research in the Perkins Lab applies mathematical modeling to the study of infectious disease transmission dynamics and control, with a focus on mosquito-borne diseases such as dengue and malaria. This recent finding suggests that in settings with moderate to high dengue transmission intensity, i.e. where at least 50% of children get infected with dengue before they are nine years old, it is estimated that a routine vaccination policy involving a three-dose schedule in 9-year-old children at 80% coverage would reduce the burden of dengue disease for the population by 6%–25% and that vaccination would be potentially cost-effective if priced competitively. However, in settings where dengue infections are uncommon, they identified a risk of potential increase in hospitalizations for dengue disease.

Dengue fever is a mosquito-borne disease mainly found throughout the tropics and associated with painful and debilitating symptoms. An estimated 390 million dengue infections occur worldwide each year, with about 96 million resulting in illness. Most cases in the United States occur in people who contracted the infection while traveling abroad. But the risk is increasing for people living along the Texas-Mexico border and in other parts of the southern United States. 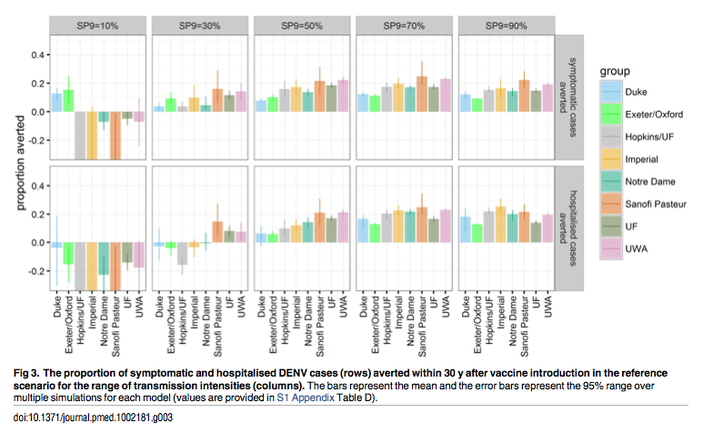 The University of Notre Dame is a private research and teaching university inspired by its Catholic mission. Located in South Bend, Indiana, its researchers are advancing human understanding through research, scholarship, education, and creative endeavor in order to be a repository for knowledge and a powerful means for doing good in the world.