Annie Polcari ’12, MS ’13, was selected as a young alumna to serve on the University of Notre Dame’s Science Advisory Council. The Council meets annually in an advisory role to the College of Science and its Dean.

After obtaining a Bachelor of Science in Biology from Notre Dame, Polcari enrolled in the University of Notre Dame’s Master of Science in Global Health program. “I knew I wanted to go to medical school some day, but I was not ready for the commitment,” stated Polcari. “I still had a passion for research in global infectious diseases and wanted to expand upon that first.” 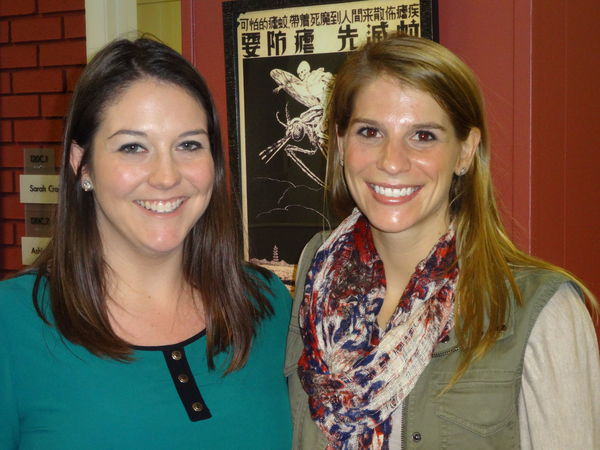 Polcari is now pursuing her ultimate goal: to become a physician. She just started her second year of medical school at the University of Miami in Florida.

During her year in the Master of Science in Global Health program, Polcari prepared for her summer field experience under the direction of Professor Edwin Michael and Assistant Teaching Professor Jennifer Robichaud, both in the Department of Biological Sciences. In the field, Polcari worked with Touching Tiny Lives (TTL), a non-profit organization located in rural Mokhotlong, Lesotho, for six weeks. Her research focused on assessing antiretroviral therapy and patient compliance and was titled: Sex-Based Parasitism in Soil-transmitted Helminth Infections. The outcome of her research has helped the organization make improvements to better help the patients they serve.

Polcari believes that her experience and training at Notre Dame prepared her to ultimately be a better medical student and finally a physician. “I felt confident and was ready for the rigorous demands of medical school,” states Polcari. “This Master of Science in Global Health program helped me develop tools and gave me the experience to take on a variety of challenges. I have a better sense of the global mission in working toward better health for entire communities and how to implement a solid plan.”

“On most days I would travel for hours, deep into the Maloti Mountains, with TTL’s outreach team to find the homes of malnourished and HIV positive children,” notes Polcari. “During these visits I conducted surveys on pill-taking behavior, work, and nutrition, in order to evaluate TTL’s outreach services with regard to antiretroviral therapy adherence.  I learned more than I could have ever imagined and applied most of the skills we learned in the classroom to the real world. This experience not only confirmed my desire to work in international healthcare, but also truly excited me for my future career in the global health field!”