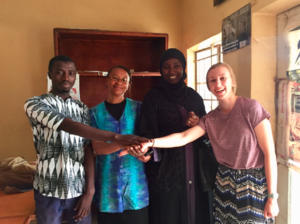 Many people living with HIV (PLHIV) in The Gambia experienced decreased accessibility to conventional HIV treatment during the government-endorsed Presidential Alternative Treatment Program (PATP) between 2007 and 2016. Those enrolled in PATP were mandated to stop taking antiretroviral therapy (ART) in order to submit to the former president’s claim of being able to cure HIV with Islamic herbs administered topically and orally. Due to heavy levels of censorship and corruption during Yahya Jammeh’s presidency, very little is known regarding true patient experiences and PLHIV perceptions of the HIV treatment program. This phenomenological study seeks to provide an avenue for the voices of those that were a part of PATP to enlighten the details of the program and humanize its lasting impacts. In-depth interviews were conducted with nine survivors of the former president’s program in The Gambia in order to extract common themes from patient experiences and collaborate the essence of the phenomena.